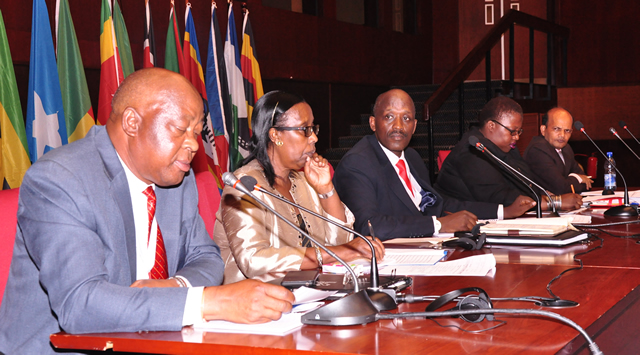 The 6th KICD AGM Conference: The annual general meetings are held on rotational basis and during the 5th AGM held in Algeria, it was decided that the 6th AGM will be held in the Republic of Uganda in March, 2017.

The Conference was held on the 6th and 7th March 2017.  Preceding the meeting, there was a series of weeklong nationwide activities highlighting efforts in combating Violence Against Women and Girls and culminated into the International Women´s Day on 8th March.

Theme of the AGM

The theme for this year was “Combating Violence Against Women and Girls: the role of security agencies and community”

This meeting was aimed at, specifically highlighting and reaffirming the role and responsibilities of security agencies, i.e. the military, police, and correctional services/prisons, etc (singly or jointly) in ending violence against women, and girls on the African continent. It provided opportunity to review and evaluate the progress in implementation of the Kigali International Conference Declaration.

Specific objectives of the KICD AGM

Working with the Police Sector to Meet the Needs of Sexual Violence Survivors in the Great Lakes Region Click here... read more