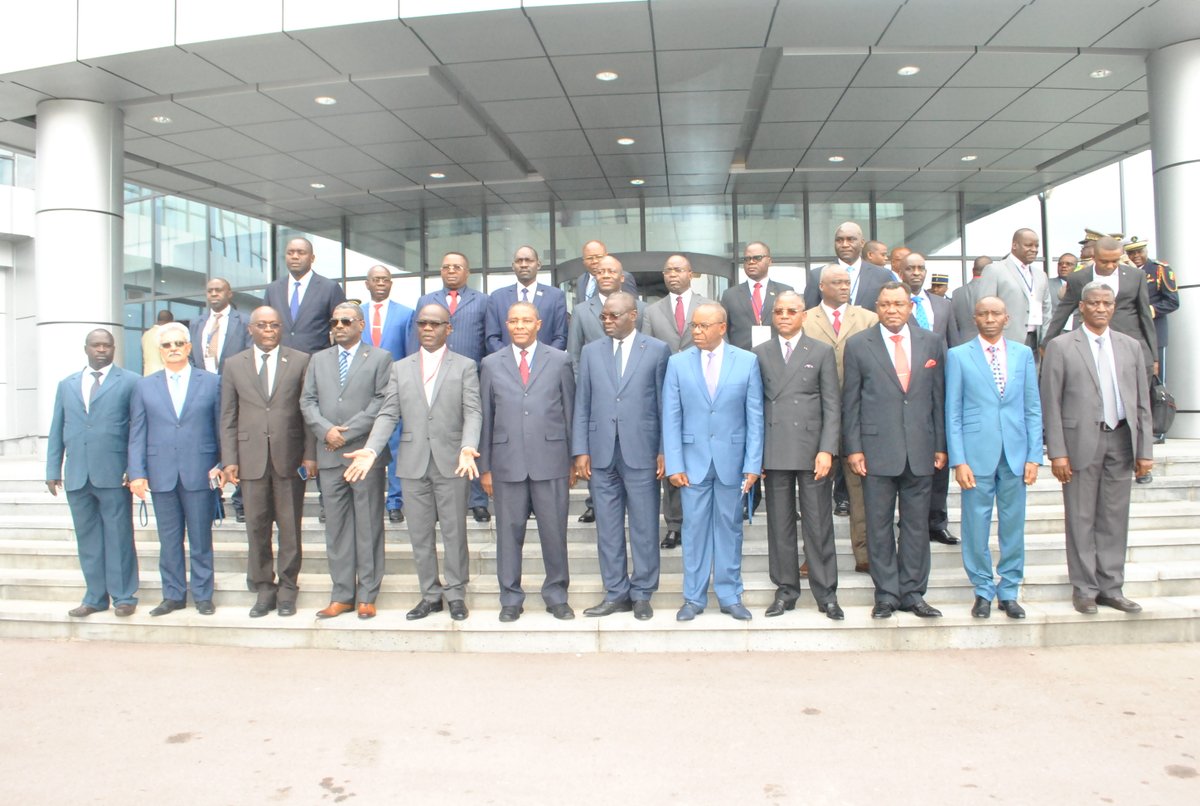 The meeting precedes the meeting of the Committee of Ministers of Defence  on 11th October; the meeting of the ICGLR National Coordination Mechanism on 13th to 14th October and the Regional Inter-Ministerial Committee (RIMC) meeting comprising Ministers of Foreign Affairs who will meet on 15th to 16th October to receive the report of the ICGLR National Coordinators and prepare the agenda for the Summit of the Heads of State and Government which will take place on 19th October, themed “Fast-Tracking the Implementation of the Pact to Ensure Stability and Development in the Great Lakes Region”.

During the opening ceremony, the Guest of Honour, H.E Charles Richard Mondjo, Minister of Defence reminded the Chiefs of Defence Forces/Staff that by improving living conditions of the populations and a greater access to education can effectively prevent recurrence phenomena of enrolment in the negative forces and terrorist, which consolidate their roots in the fertile ground of insecurity. He encouraged the meeting to rigorously address security challenges facing the region and provide a report in preparation of the upcoming 7th ordinary Summit of Heads of State and Government.

In his remarks, Gen. Egidio de Sousa E Santos, Deputy Chief of General Staff of the Angolan Defence Forces, representing Gen. Sachipengo Nunda, Chief of General Staff of Angolan Armed Forces and outgoing chairman, expressed his gratitude to the Chiefs of Defence Forces who supported Angola during its tenure. He encouraged the meeting to continue working towards finding lasting solutions to the security challenges facing Burundi, CAR, South Sudan, and DRC. He noted the unfinished work of neutralization of negative forces in the region such as the emerging Kamwena Nsapu Movement in the DRC, and the repatriation of ex combatants of M23 from Rwanda and Uganda.

On his part, the ICGLR Executive Secretary, Ambassador Zachary Muburi-Muita, highlighted terrorism, negative forces and insecurity as challenges facing the region particularly in the eastern DRC, CAR, South Sudan, Burundi, and Sudan.  He appealed to the distinguished Chiefs of Defence Forces/Staff to reflect on them and make actionable and practical recommendations to the Ministers of Defence.

In his welcoming remarks, the Chief of General Staff of Republic of Congo Armed Forces, Gen. Guy Blanchard Okoi, welcomed all delegations to the peaceful and beautiful city of Brazzaville. He congratulated Gen. Sachipengo Nunda and the Angola Armed Forces for a remarkably successful tenure as the Chair of the ICGLR Committee of Chiefs of Defence Forces/Staff and appealed for continued cooperation among CDFs in order to achieve the results of the rigorous analyses and recommendations emanating from the meeting as they be presented to the forthcoming meeting of the Committee of Ministers of Defence.

The Meeting was also attended by the Coordinator and experts of the Joint Intelligence Fusion Centre (JIFC), as well as the Commander and Deputy Commander of the Expanded Joint Verification Mechanism (EJVM).