Delegates Validate Research Findings on the Implementation of Kampala Declaration, Call for Eradication of Armed Forces in the Region

Delegates from 12 International Conference on the Great Lakes Region (ICGLR) have validated findings of a status report on Member States’ implementation of the Kampala Declaration on Sexual and Gender Based Violence (SGBV). Delegates from Angola, Burundi, Uganda, Kenya, Tanzania, Zambia, South Sudan, Sudan, Rwanda, Democratic Republic of Congo, Republic of Congo and Central African Republic met in Kampala on 5th and 6th November, 2019 to deliberate on the findings of a report on the implementation of the Kampala Declaration of 2011. 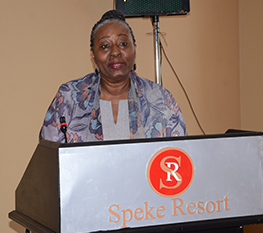 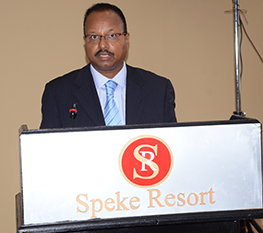 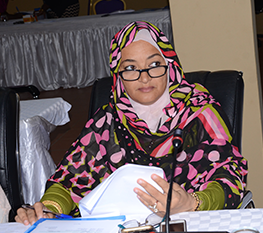 Funded by the UN Women, the research was aimed at assessing the progress and identifying the remaining challenges to support Member States’ full implementation of their commitments under the Kampala Declaration. The research assessed the progress of Member States on the implementation of the 19 commitments in the Kampala Declaration, identified challenges and recommended action points.

Funded by the UN Women, the research was conducted by Senior Consultant Dora Byamukama (in green)

Key among the research findings is the existence of armed groups in some Member States. According to the report, “Out of 12 Member States, 4 have confirmed the existence of armed groups, namely: Central African Republic, Democratic Republic of Congo, South Sudan and Sudan.” The report notes that Central African Republic for example reported to have 14 armed groups namely: UPC, FPRC, RJ,3R, RJ, MPC, Anti Balaka Aile Mokom, Anti Balaka Aile Ngassona among others while Democratic Republic of Congo also confirmed the presence of 4 armed groups namely: FDLR, FNL, ADF-NAL and MAI MAI.
According to the research findings, ICGLR Member states have made commendable progress in combating SGBV and implementing the Kampala Declaration as evidenced by; commitment to zero tolerance campaign on SGBV, existence of SGBV victims recovery centers, existence of special courts, sessions and procedures in different countries, existence of gender desks, incorporation of SGBV in national planning frameworks with budget allocations and existence of institutions to address SGBV and early warning mechanisms.

Throughout the two days, delegates highlighted the need to eliminate armed groups or negative forces from all countries in the Great Lakes Region. In the Kampala Declaration (commitment one), ICGLR leaders in 2011 agreed to eradicate existing armed groups in the region in conformity with the ICGLR Protocol on Non-Aggression and Mutual Defense. This has been achieved in some countries.

While addressing the conference, Ambassador Paul Mukumbya- the Uganda National Coordinator noted that “In regard to Resolution number one of the Kampala Declaration, Uganda has defeated all negative forces within her territory. By 2008, Uganda had defeated the last two strong rebel groups (the LRA and the ADF),” adding that “These two groups scattered into DRC, CAR and South Sudan.” He stressed that the ADF, working within Eastern DRC remains a big threat to the region as it continues to rape, pillage, kill and engage in many heinous crimes. He explained that ADF has metamorphosed into a terrorist group recruiting from the region and beyond adding that Uganda working with the affected Member States has continued to operate within the ICGLR Framework to progressively eradicate negative forces.

In her address to the summit, Jebbeh Forster, the UN Women Regional Governance, Peace Security and Humanitarian Advisor noted that the Great Lakes is one of the most resource rich regions in terms of minerals and agricultural-based resources but has the lowest GDP because of conflict. She added that “Women have suffered a disproportionate impact because of high levels of SGBV, committed with impunity.”

According to Forster, it is unfortunate that eight years after the Kampala Declaration, the Great Lakes region is still in the same situation of unabated and unacceptable levels of SGBV with a lot of these crimes going unpunished. “For women, security is not just about silencing the guns, but human security whether in active or silent conflict.,” she concluded.

In his address, Ambassador Yasir Ibrahim Ali Mohammed- the ICGLR Deputy Executive Secretary noted that there is no doubt that negative forces are still a big factor in eradication of SGBV. “Prevention remains a challenge; impunity still looms high in some countries facing conflict as perpetrators still escape prosecution and punishment for their crimes,” he explained adding that despite all the challenges, “There is evidence in almost every country in the region of deliberate intent and progress in prevention, combating impunity towards SGBV by perpetrators and supporting victims/survivors of SGBV.”

On her part, Azza Amin Abdelhaleem Mustafa Hamadto, a delegate from Ministry of Interior in Sudan challenged Member States to focus more on addressing the issue of conflicts whichescalates cases SGBV; if efforts to prevent this crime are to be successful. Although countries like Uganda, Kenya, Tanzania, Angola and Zambia have not had cases of insurgency, conflict or negative forces in the last decade, Nathan Mwesigye Byamukama; the Regional Director of the ICGRL- Regional Training Facility on the prevention and suppression of SGBV says that it is the responsibility of all countries to ensure that the whole region is peaceful.

“Regionally speaking, you work within the regional framework because some of these issues are beyond any State capacity. That is why we have the ICGLR which is a mechanism of the region to resolve regional problems regionally. It is in the interest of each country and even in the spirit of Pan-Africanism to make sure that it is not only you as a country that is safe, but your neighbor as well,” Byamukama explained during the summit. He pointed out that until the neighborhood is safe, no country is safe and it is inevitable that regional countries must work together on security.

According to Byamukama, the aspiration of ICGLR is to see a region that is free of conflict, one that promotes development, one that promotes harmony, one without negative forces, that has no displacement of people as refugees or internally displaced people, one without genocide and one where there is no illegal exploitation of natural resources.
Apart from the need to eradicate negative forces in the region, the summit also recommended more involvement of men in the fight against SGBV, need to have an effective mechanism to report on progress from Member States, more involvement of Civil Society in the fight against SGBV as well as increased participation of First Ladies in the implementation of the Kampala Declaration and the fight against SGBV in the region among others.

These recommendations will be included in the final report which will be presented to the Regional Gender and Justice Ministers during their meeting later this Month in Brazaville.

About the Kampala Declaration

This Declaration was signed by the Heads of State and Governments of the ICGLR member states at the Fourth ordinary summit and special session on sexual and gender based violence (SGBV) at the Common Wealth Resort Hotel – Kampala in December 2011.

This was premised on the consideration that Sexual and Gender Based Violence in its various manifestations occurs in peacetimes, during conflict and in post conflict settings. It is pervasive and is in homes, education institutions, religious institutions, work places, and other segments of society.

Also, there was a deep concern that the incidence of SGBV in the Great Lakes Region remains alarmingly high- despite the existence of institutional, policy and legal frameworks for the prevention of SGBV and punishment of perpetrators. The ICGLR leaders also realized that SGBV poses serious threat to security and development of the region.

The 19 points declaration is divided into 4 parts entailing commitments on prevention of SGBV, ending impunity for SGBV, providing support to victims/survivors of SGBV and general resolutions.

Some of the commitments under the prevention of SGBV include; Eradicate existing armed groups in the region in conformity with the ICGLR Protocol on Non-aggression and Mutual Defense, domesticating and implementing the protocol on Non – aggression and mutual defense, the protocol on Prevention and Suppression of Sexual Violence against Women and Children as well as the Protocol on Judicial Cooperation, in order to eradicate existing armed groups.

Leaders also agreed to combat Sexual and Gender Based Violence and cooperate in matters of extradition, judicial investigation and prosecution of perpetrators, increase financial and technical support for judicial and security sector reform on human and women’s rights and SGBV eradication as this would provide institutional capacity and accountability to protect women, girls, men and boys from Sexual and Gender Based violence in peace time, during conflict and post-conflict situations.

Others commitments include: Direct responsible institutions to strengthen or establish national level structures for prevention, protection and support of women and children against SGBV and establish early warning mechanisms to facilitate reporting and documentation of SGBV cases from the grassroots and fast track prosecution of those responsible for perpetrating sexual violence to make sure that justice is done swiftly and effectively.

Under commitment five of the declaration, regional leaders pledged to integrate SGBV in the national planning frameworks and allocate budget lines for prevention, and response to SGBV particularly the Ministries of Gender, Health, Defense, Security, Interior, Local Government, Justice, Education and Youth among other commitments.

On ending impunity for SGBV, regional leaders under the Kampala Declaration committed to among others; Declare ‘Zero Tolerance Now’ on SGBV crimes and impunity. Launch national campaigns for zero tolerance on SGBV simultaneously including men in all member states of the ICGLR after the Summit and Special Session of SGBV (2011).

On Providing Support to victims/survivors of SGBV, leaders pledged to fast-track the contribution of ICGLR special fund for reconstruction and development so that assistance for victims/survivors of SGBV is provided in line with Article 6 (8) of the ICGLR Protocol (2006) while under the General Resolutions, they among others agreed to strengthen the Levy Mwanawasa Regional Centre for Democracy, Good Governance, Human Rights and Civic Education in order to fulfill its mandate and also empowerment of professional and civil society organisations such as the International Federation of Women Lawyers (FIDA) and all others in the Great Lakes region that provide support to victims/survivors of SGBV.

Click here for the full version of the Kampala Declaration